Happy Flash Fiction Friday!  Today I am sharing a piece written by a good friend, fellow blogger and budding author, Wil D. Palazzo. He loves college football, playing basketball, long walks in the park and kiwi fruit. (I’m kidding about the kiwi fruit.) Be sure to swing by his blog, An Insomniac’s Dream, and check out some of his other work!

“I guess I missed the great midnight kiss,” she told the stunned Heisenberg. “F.P. WAS wrong. I chose my own future. A future which involved kissing you, yeah… just not when I was told to do it. Sometimes I don’t like being told what to do.”

“Hmmmm?” Meiko asked, slipping the organizer into her purse, almost teasing in tone as she responded.

“It means I made up my mind, by myself. I had a wonderful evening, Mallory. It was everything I could’ve asked for and then some… and… I think I really do love you. Not because I was fated, I just… you’re the most wonderful guy I’ve ever met, and I’m glad you’re with me. I guess… it just took me a long time to even try to accept that.”

“I think I do,” she said, amused with herself at the admission. “I really think I do. …it feels so much better to say that now, after trying to avoid it and disagree with it so long… I didn’t think it’d be this easy… I’m so calm now. It’s strange… ah, you okay there, Mallory?”

“Ah… you don’t HAVE to say anything, really,” Meiko spoke, despite inner hopes. She began to walk along, with or without him. “I guess it was a lot to drop on you, huh? I just really had to get that off my chest, I mean… we can go now if–”

“But I should say something!” he protested, stepping in front of her, blocking her way. “That’s how it works! But… but how can I say something like that? It’s such an important thing to say, and I don’t understand how I feel, but then again I have a hard time understanding how I feel about a lot of things, and just because I care about you and I want you to be happy and anything I can do to make you happy I’d do in a heartbeat because you deserve happiness in life when usually you’re so busy taking on the problems of other people and I don’t just mean clients so I’m glad I’m with you so I can be there and help because you’re a wonderful person and I’d be happy to spend the rest of my life with such a wonderful person like you because you make me feel good inside and without that I really don’t know where I’d be and I don’t just mean out of a job I mean how I’d feel even though I have trouble figuring out how I feel I really feel strongly about that and I had a great time tonight and I wish it could last forEEEeeeEEeeee..ee….”

Meiko leaned down a bit, to put a hand on his shoulder for support while his body recovered. “Mallory, you’re gonna have a heart attack at an early age if you keep that up. What do you mean, you don’t know how you feel? Nobody goes on and on like that with so much conviction if they don’t know how they feel…”

“Baaah… buuuuh… but… is… is that love?” he asked, with sincerity. “I shouldn’t say something so important unless it’s really true!”

“It sounds like love to me. Of course, I’m no expert, and it took me this long to figure things out myself, so…”

“Then… if that’s love, then… I love you too,” Mallory spoke / realized, much to his surprise at his complete lack of surprise about it. “But… I didn’t think you’d… I wanted to keep it safe, since you were trying to avoid it and I didn’t want to make you feel weird and… but… I mean, I really care about you, and I want you to be happy, and… er… I love you. I’m really bad at speaking stuff, you know that, so sorry if it’s awkward–”

“I don’t mind awkward. It’s kind of cute. And… thanks. For everything.”

The fish swam away, having seen the big moment and having kelp to deal with on the other side of the tank.

“Ah… so… what happens now?” Mallory asked, a sense of calm returning slowly but surely. “I mean, in the movies, they just walk off into the sunset and that’s that… or they commit lover’s suicide. Actually, come to think of it, we ARE on top of a tower that’s suitable for jump– err, not that I’m suggesting… you know what I mean. Right?”

“I know, Mallory. Hmm. What now? I’m… not really sure myself, actually. I’m just as new at this as you are.”

“I think we go home now,” Meiko suggested, with a shrug. “It’s getting late, you know? We go home, go to sleep, you wake up early and make me some coffee and we get on with things like we always do. Just… different. We’ll see when we get there, I suppose.”

“I can do coffee,” Mallory agreed, latching onto that… but smiling through his jittery nerves. He held one arm out, hooked slightly. “So, ah… shall we?”

“Why, certainly,” Meiko agreed, taking his arm (and his smile) and falling into step.

It was well after sunset, so they couldn’t walk off into one, but an elevator did just as well. 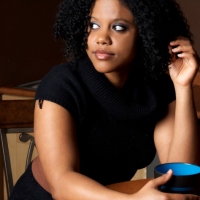 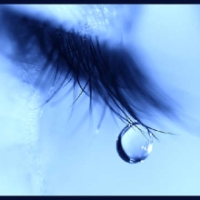