I really enjoyed this piece of flash fiction. I want to know more about the old man! 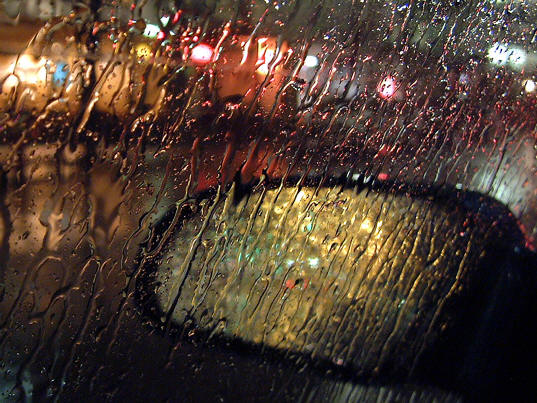 “I hate when it rains. Reduces visibility.” That was my uninformed, upstart of a partner running his mouth again, not knowing a damn thing about anything that mattered.

“You talk too fuckin’ much,” I said gruffly. Stakeout tête-à-tête made the time go by, but it was only when that conversation wasn’t for the sake of creating carbon dioxide. “What’d I tell you about that?”

He sighed like a frustrated little brat that’d been relegated to the nearest corner when all he wanted to do was play.

“Rain is a good thing,” I informed him. “Reduced visibility makes it harder for witnesses to make out detail…and it washes away evidence, too. Lemme see your piece.”

I didn’t particularly like breaking in the new guys, tagging along so they didn’t make the stupid mistakes not covered in class. However, it was us older cats—me being one of the most ancient still able…